Enjoy the famous Czech Paradise on a gravel bike!

An amazing gravel bike ride through Czech Paradise let’s you see so much more! The park belongs to the most popular tourist destinations in the whole of Czechia. Thanks to the spectacular beauty of the landscape and the high concentration of historic landmarks, the region has been very popular among artists of all kinds.

We will visit Trosky, the castle so significant for the area, it became the emblem of it. We will also visit Hrubá Skála, popular chateau in the area, ride through the famous rock formation and enjoy a hearty lunch in a local restaurant.

One of the most recognizable elements of Czech Paradise is the sandstone rock which many of the surrounding towns are constructed of. There are many rocks which have been shaped by wind, water, frost, erosion, and humans into unique shapes. 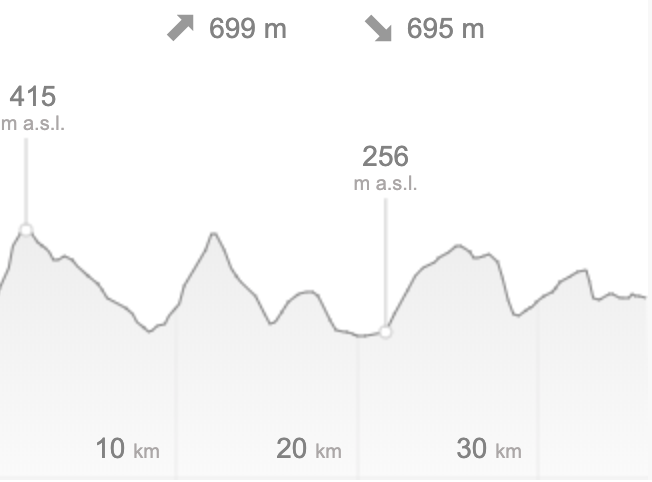 Meeting point is your accommodation in Prague. We will pick you up at 7:30 am at your hotel and drop you off there after the tour finishes.

Advanced bike tours are only private. This tour runs everyday all year long.

The reason why we don’t run advanced group tours is that, based on our experience after riding with thousands clients, riders have very different level of fitness and technical skills and this can lead to a loss of quality of the tour.

The park belongs to the most popular tourist destinations in the whole of Czechia. Thanks to the spectacular beauty of the landscape and the high concentration of historic landmarks, the region has been very popular among artists of all kinds.

The mysterious castle of Trosky

Trosky ruins is a majestic dominant of Český ráj. Rich history of Trosky is full of empty spaces, unbelievable stories and legends. For a short while people were afraid of Trosky very much, because famous robbers Kryštov and Švejkar used the castle as their base.

Admission fee of 60 CZK not included in the price of the tour.

Hrubá Skála Castle situated on a steep sandstone cliff on a rock platform 8 km from Turnov, was originally called Skály (Rocks) and was first mentioned in a 1353 deed. It then a possession of the noble Hynek of the House of Waldstein (Valdštejn), ancestors of Albrecht von Wallenstein. The manor was called Hrubá Skála to differ it from nearby Malá Skála.

Taste typical Czech food in a local restaurant inside the national park and enjoy a cold Czech beer. 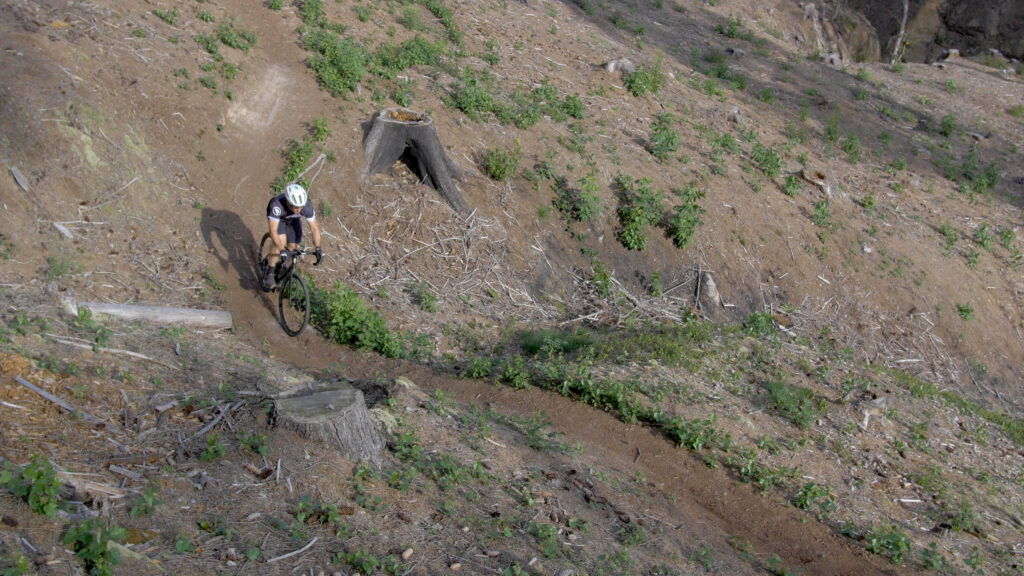 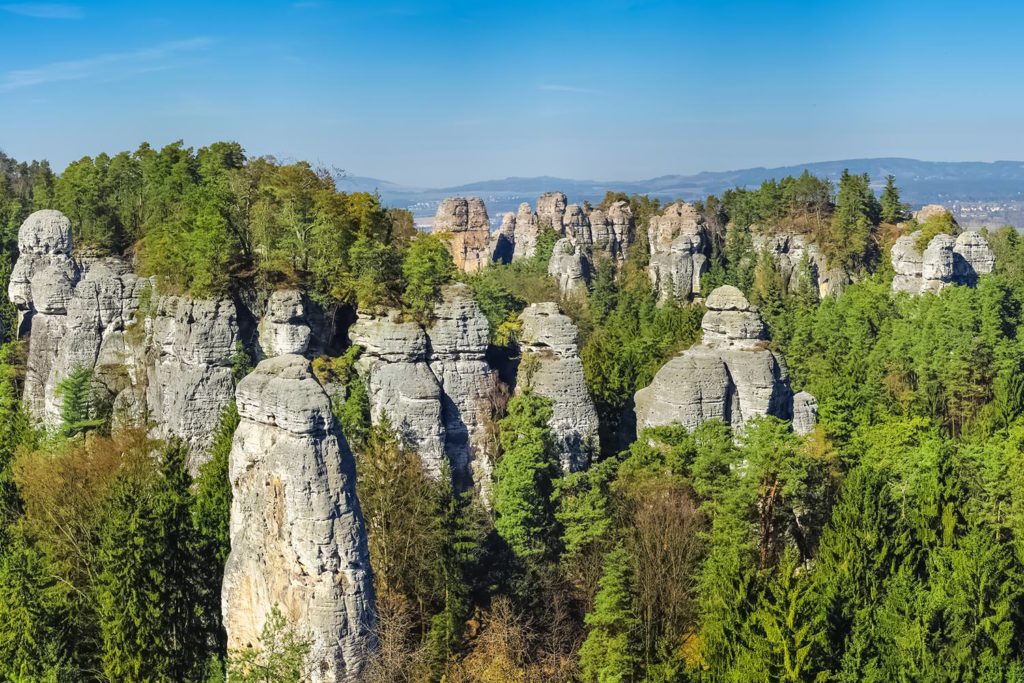 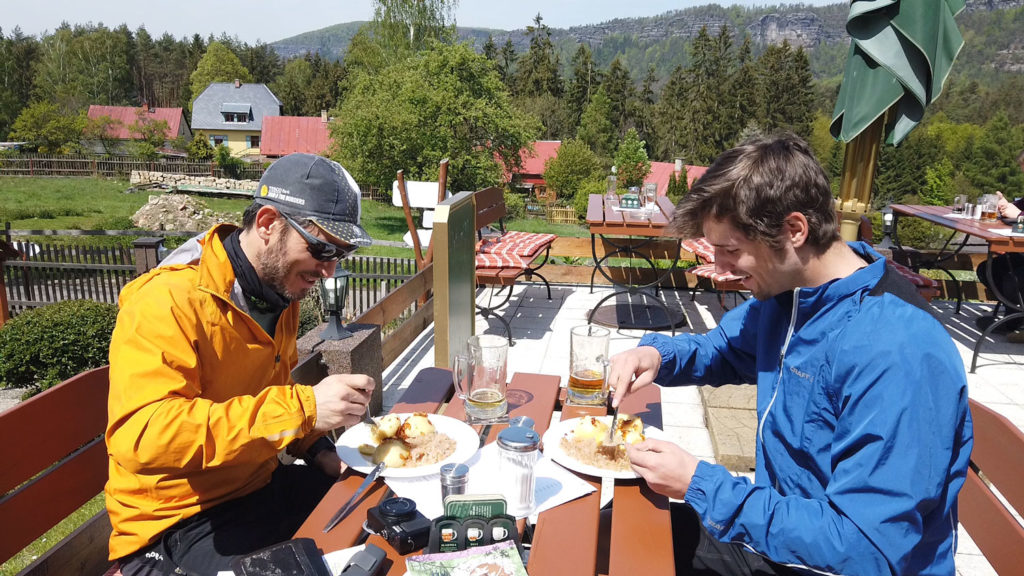 Why to come on tour with BIKO

BIKO has already 8 successful years behind and it is run by Filippo who, before fouding BIKO, worked more than 12 years as a marketing an event manager in big corporations.

We won the Trip Advisor certificate of excellence for 7 years in a row. More than 98 percent of our reviews on Trip Advisor, Facebook and Google are 5 stars. The other are 4 stars.

In BIKO we use top bicycles. We fairly pay our guides and as a result we attract professional guides that speak fluent English, are well trained and they attend first aid courses.

Our tours are rigorously off-the-beaten-path and as we run small groups, the places we go to, stay pristine. We are the first outdoor company in Prague and we continue to innovate year after year.

Per person – Advanced tours are only private

The price of the bike tour includes:

We close the bookings at 4 p.m. of the day before for organizational reasons.

If you are last minute don’t loose your hope, just drop us a message and we will try to accomodate you!

To reserve the tour we ask only for a deposit of 2000 CZK / 80 euros total (for all of you). This fee will be taken off the price when you pay the balance on the day of the tour. In our shop you can pay:

– With credit card and Paypal, in this case a fee of 2.5 % will be applied

We have a very generous cancellation policy so you don’t have to be afraid to commit.

Only if you cancel 48 – 0 hours before the tour, the DEPOSIT will be not refunded.

So you have the possibility to check reliable weather forecast just before the trip and decide whether to go or not. 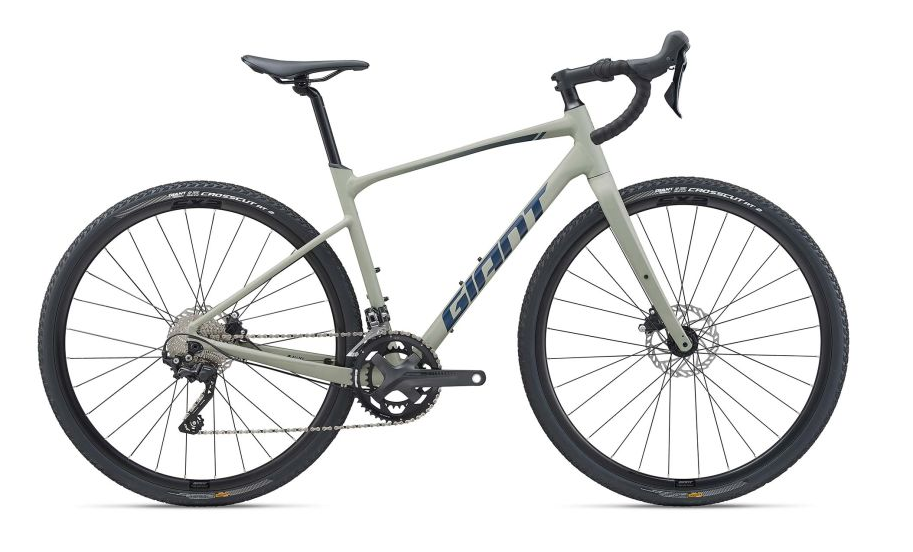 Gravel is the best way to explore a country!

You can find out more about which cookies we are using or switch them off in settings.

This website uses cookies so that we can provide you with the best user experience possible. Cookie information is stored in your browser and performs functions such as recognising you when you return to our website and helping our team to understand which sections of the website you find most interesting and useful.

You can adjust all of your cookie settings by navigating the tabs on the left hand side.

Strictly Necessary Cookie should be enabled at all times so that we can save your preferences for cookie settings.

If you disable this cookie, we will not be able to save your preferences. This means that every time you visit this website you will need to enable or disable cookies again.